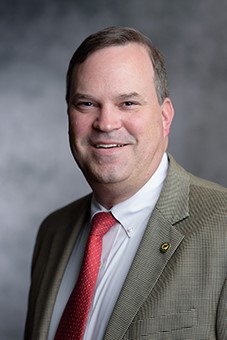 Join us this Friday to welcome Eric Linton, City Manager of Dunwoody. You may join us in person at LeMeridien or via Zoom at https://us02web.zoom.us/j/86202979419

Eric Linton has served as the City Manager for the City of Dunwoody, Georgia, since December 2014. As one of the newest cities created in metropolitan Atlanta, Dunwoody has a population of just over 50,000 and an annual budget of approximately $25 million. As City Manager, Eric is responsible for the administration and operation of all services for the City, providing professional leadership in the administration and implementation of the policies, goals, and vision set forth by the Mayor and Council.

Prior to joining the City of Dunwoody, Mr. Linton served as County Administrator for Douglas County, Georgia, one of the fastest growing communities in metropolitan Atlanta.  During his tenure at Douglas County, the County had a population of 133,000 and an annual budget of 100 million dollars.  Eric was appointed as in July of 2006.  His responsibilities include preparing the budget, managing the day-to-day operations of the general government services and as the Chief of Staff for the county’s 25 departments.

With over 27 years of experience in local government, Eric began his career with Douglas County in 2000 as the Planning Director and was later promoted to Development Services Director, a newly created position focusing on all aspects of Development within the county.  Befroe his career with , he served in various planning roles with the City of and .

A native of  Mr. Linton is a graduate of the Georgia Institute of Technology with a Bachelor of Science in Management and a Masters in City and Regional Planning.  Eric is a 2001 graduate of the Regional Leadership Institute and previously served on the ACCG Pension Board of Trustees.

When not working, Eric is an avid boater and spends many of his weekends enjoying beautiful Lake Lanier.  If he is not on the lake, you will find Eric on the baseball diamond coaching his son’s team.